“Sin Igual,” a campaign “Like No Other,” celebrated the unparalleled sense of pride and devotion that both Jägermeister and Latinos share for their roots and heritage.

The campaign was Jägermeister’s first campaign ever developed to reach the Hispanic market. In order to organically communicate the campaign’s Hispanic insight, we tapped into celebrated photographer, Stefan Ruiz, to capture photos of the brand’s target Hispanic consumers. We also created experiential parties and events at major U.S Hispanic cities LA, NY and Houston, to drive trial of the product. The campaign also had a digital extension, point-of-sale materials and out-of-home.

My Role
I led the design aspect of the campaign, from defining the look of the napkins used at the experiential events to the microsite. I oversaw a team of designers and creatives, including copywriters, as we worked on multiple reiterations of the creative over the course of several months. I created the U/X and design of the microsite and worked closely with a development team on its implementation. 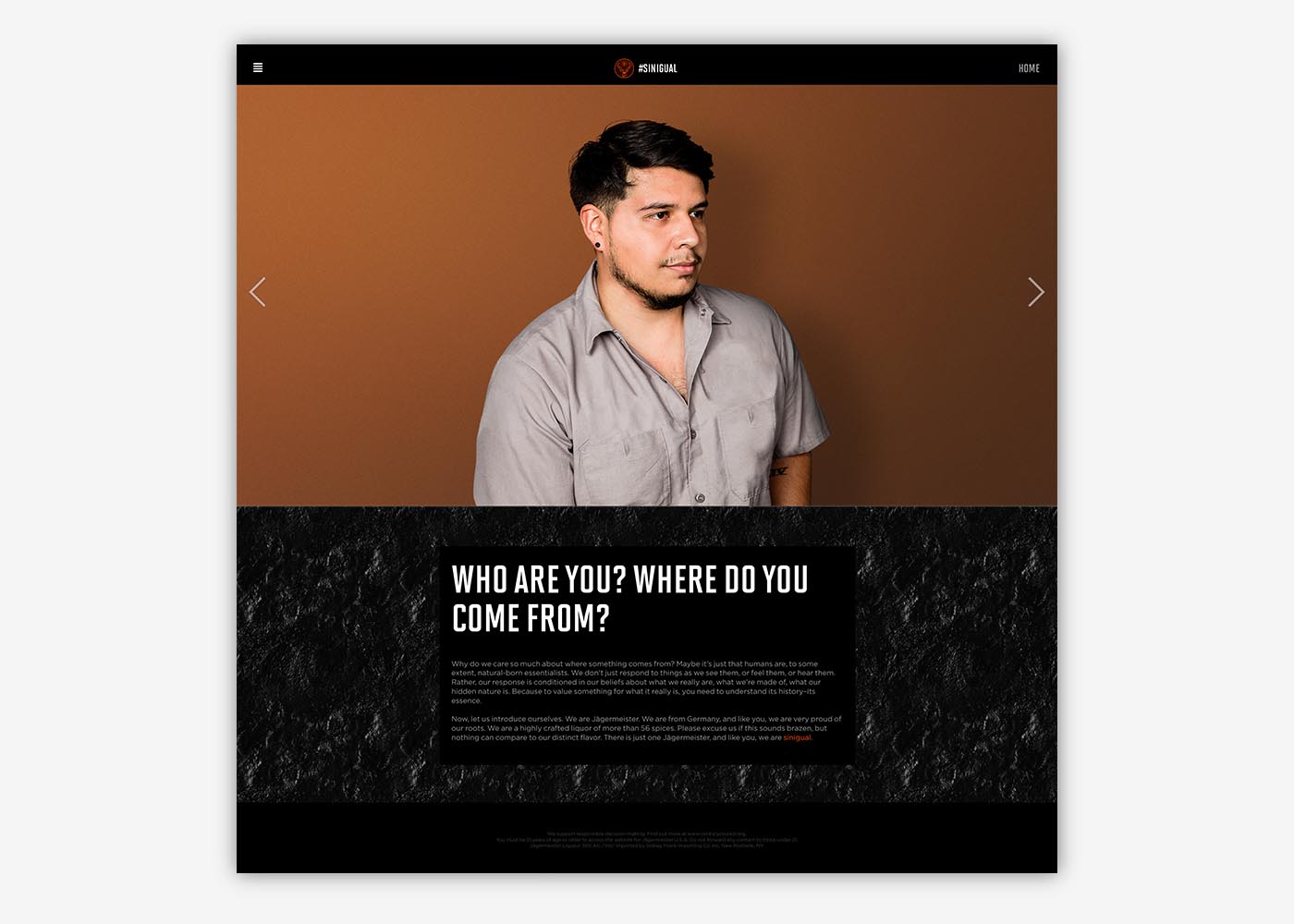 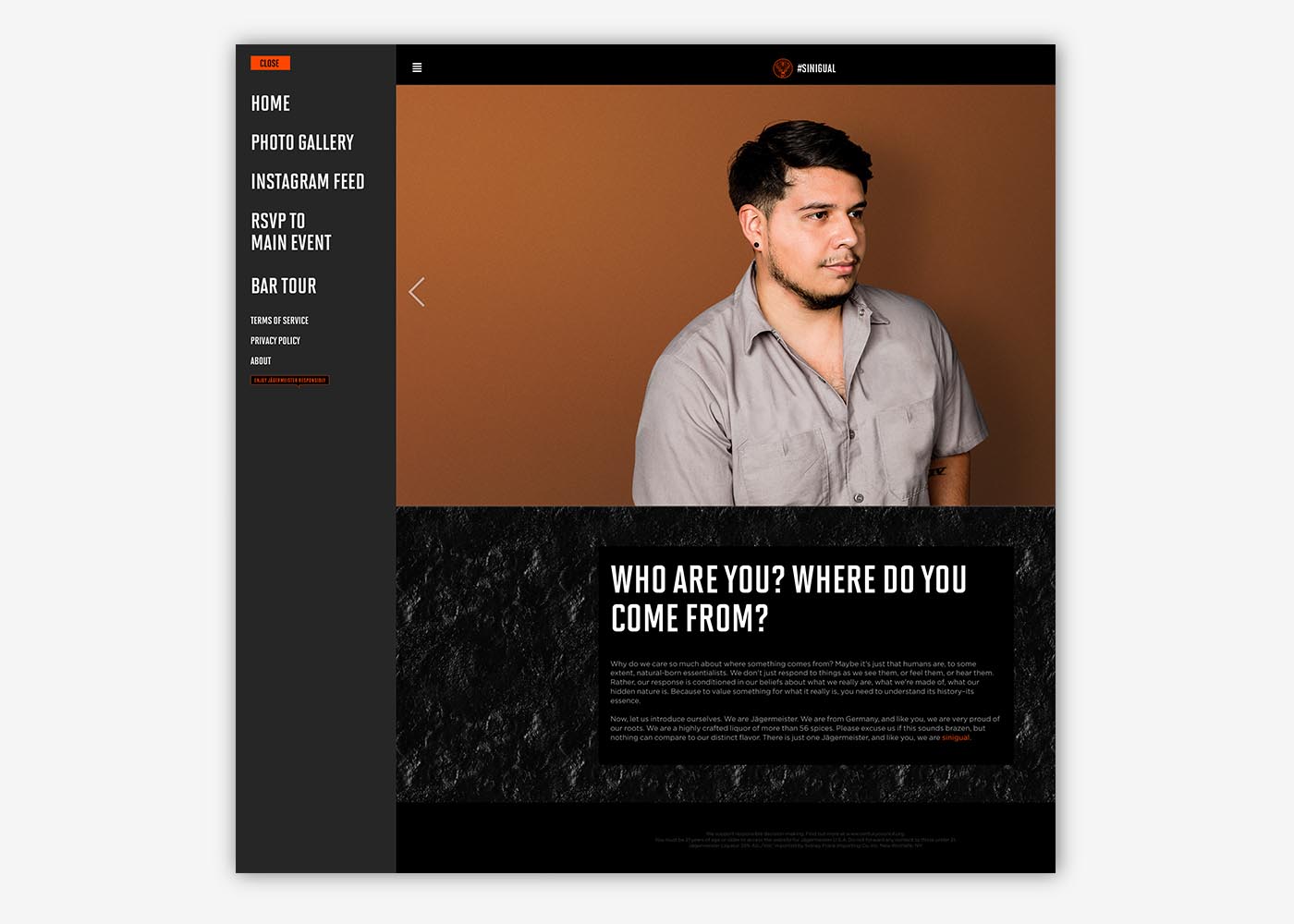 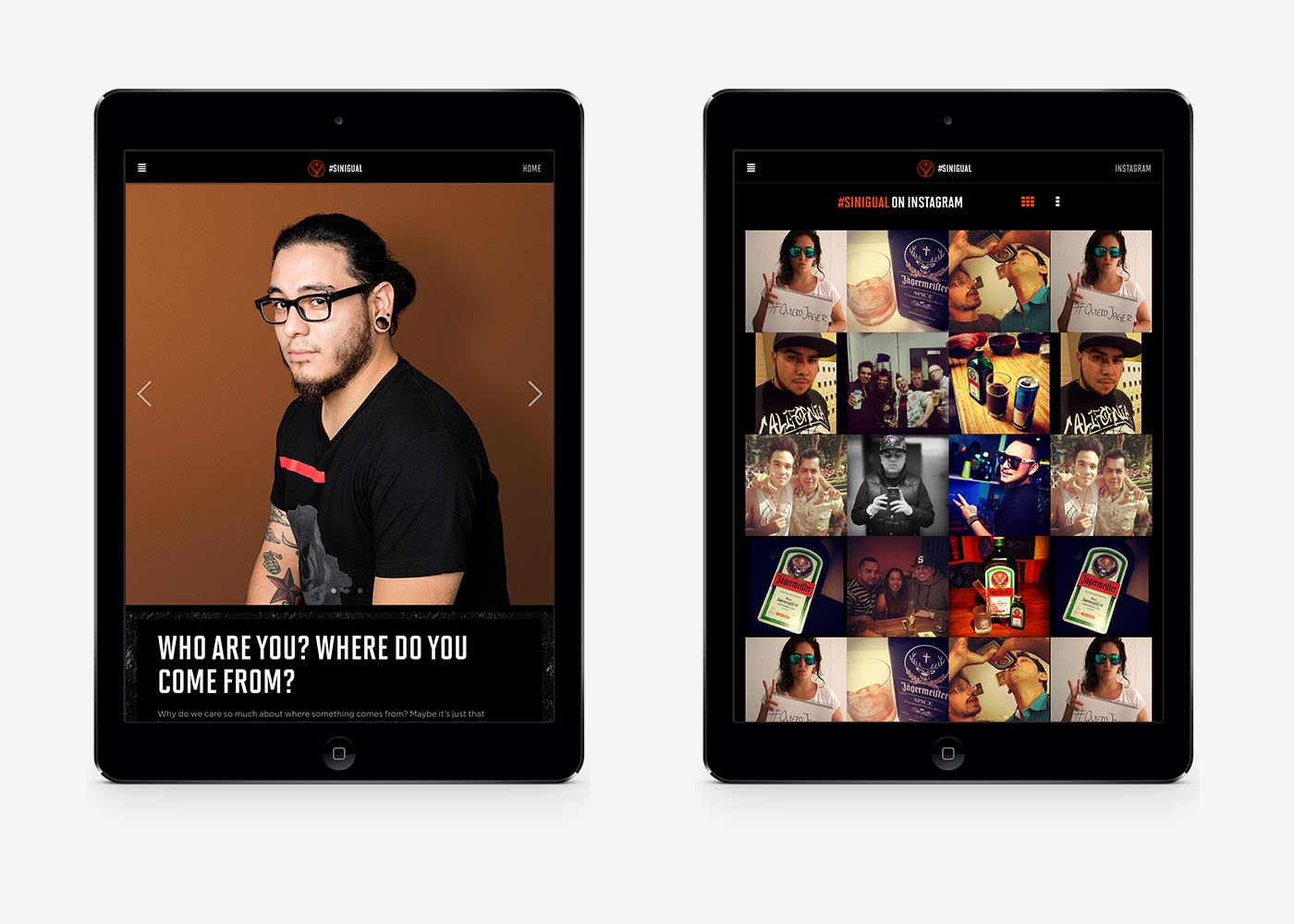 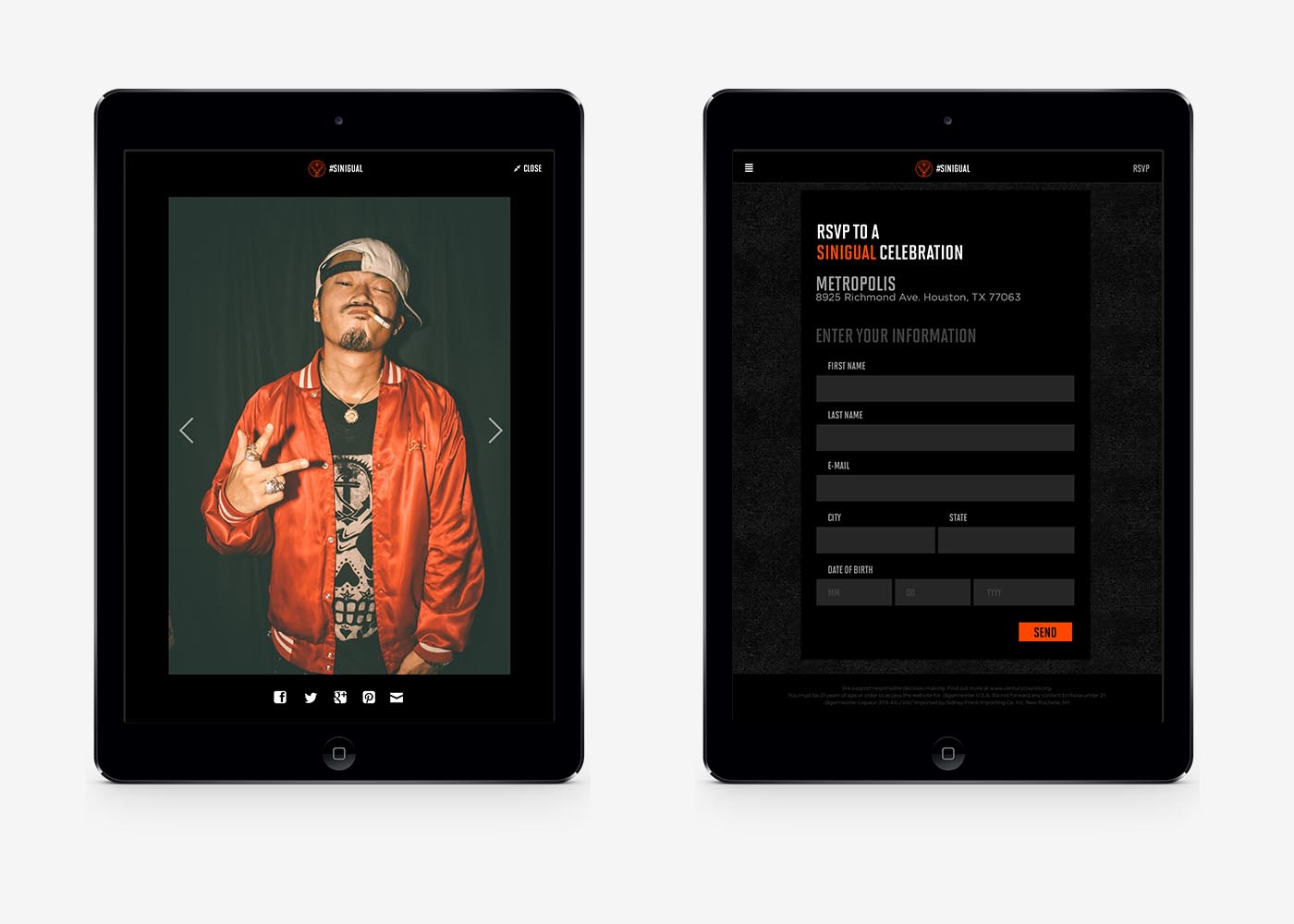 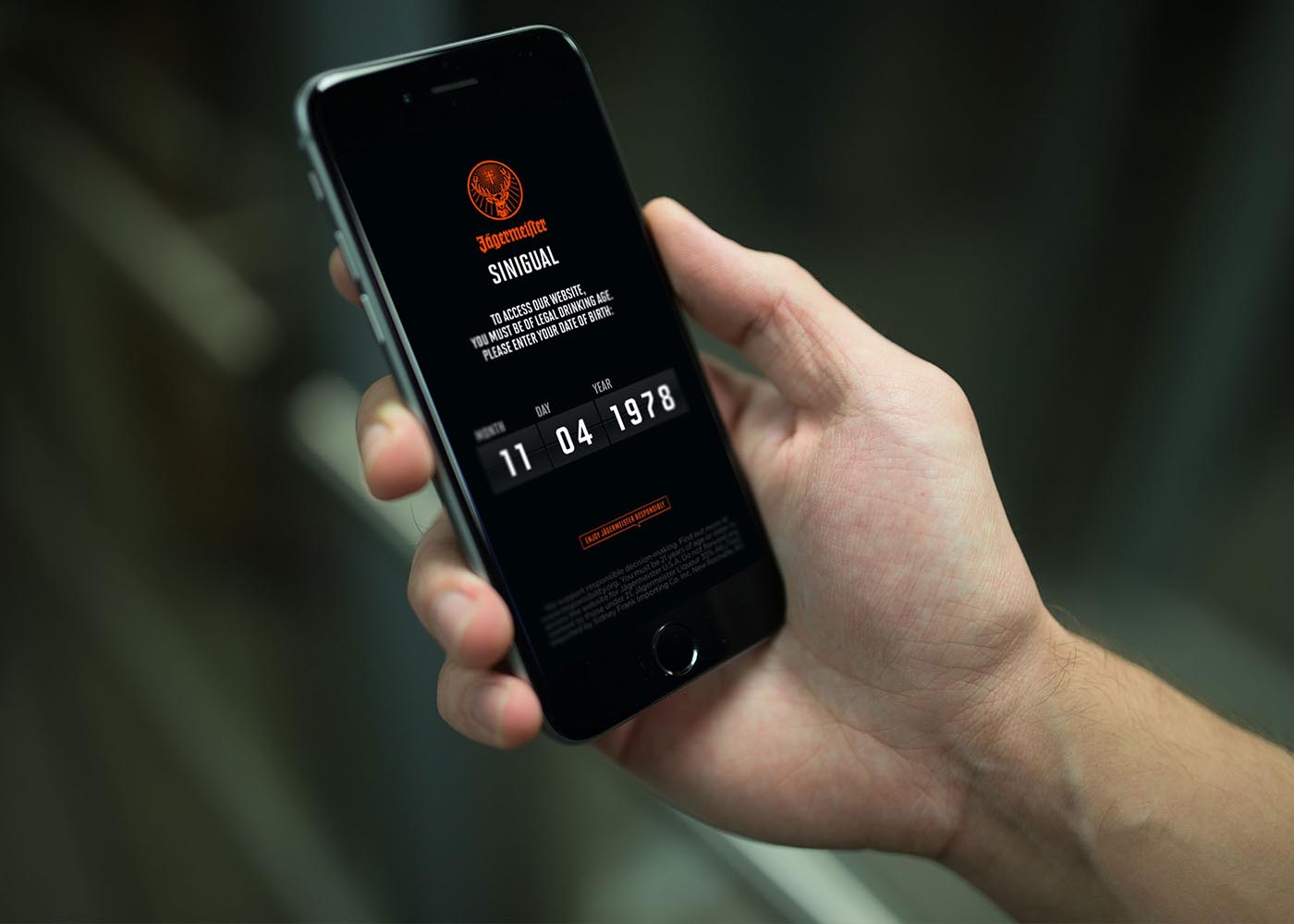 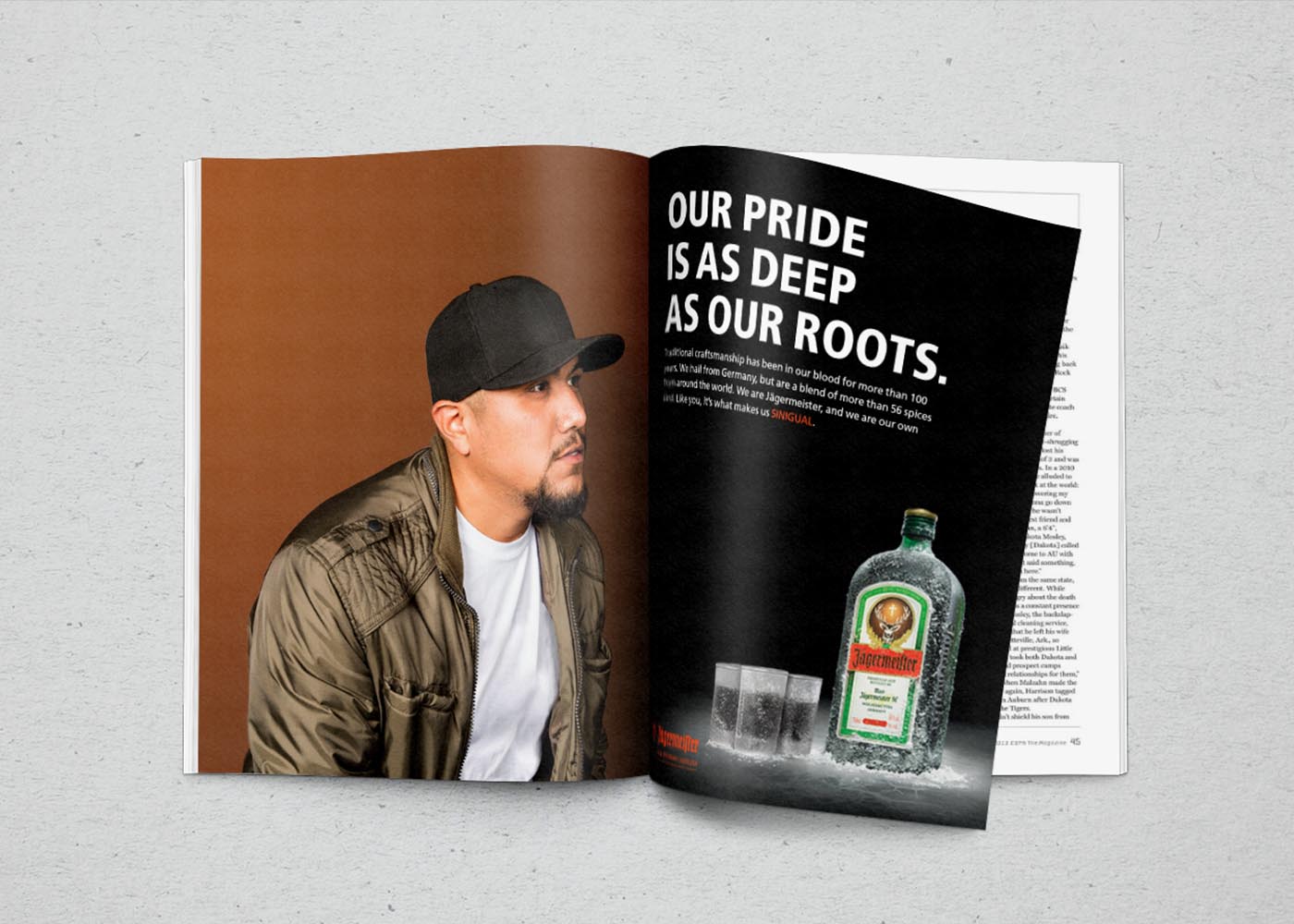 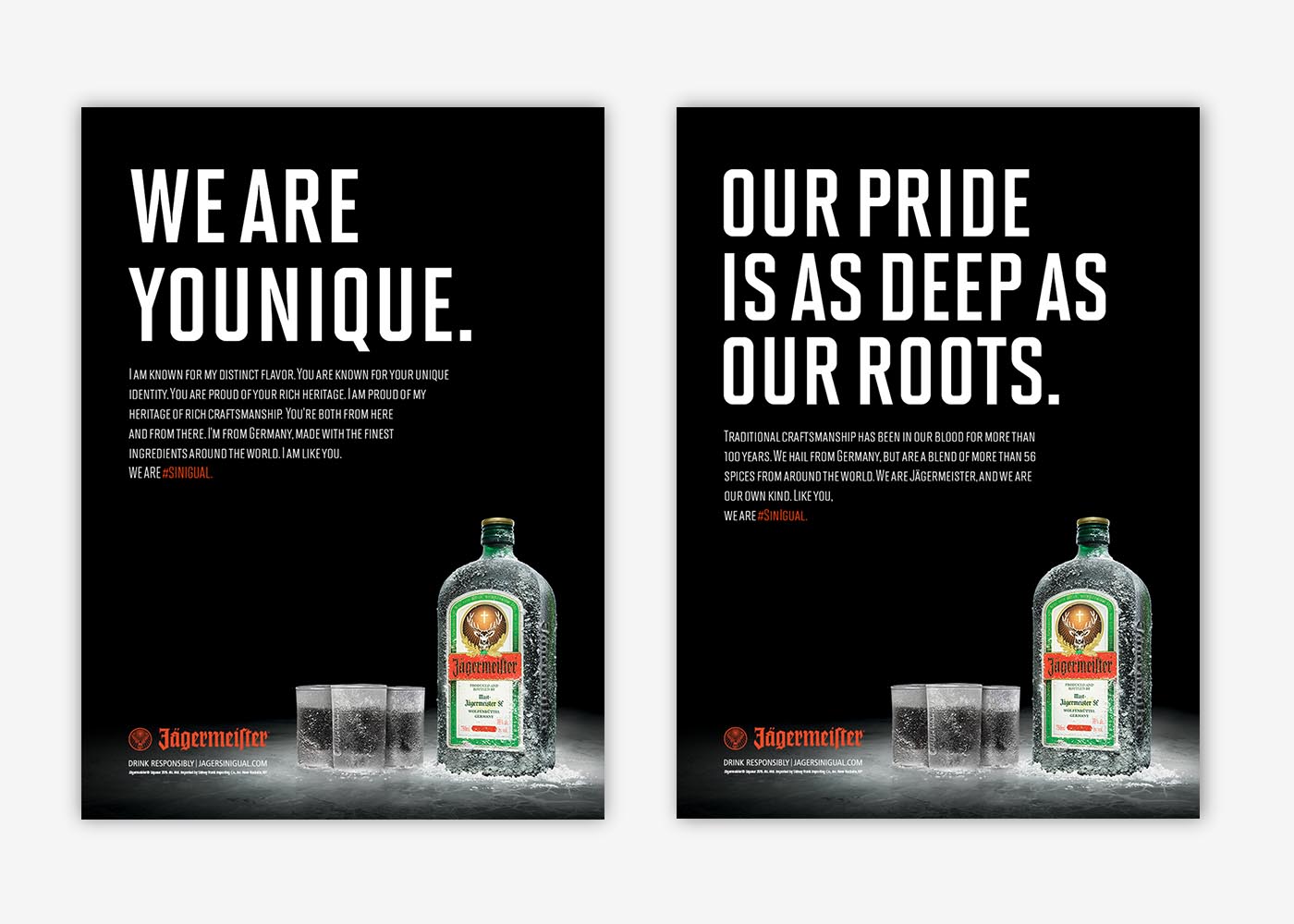 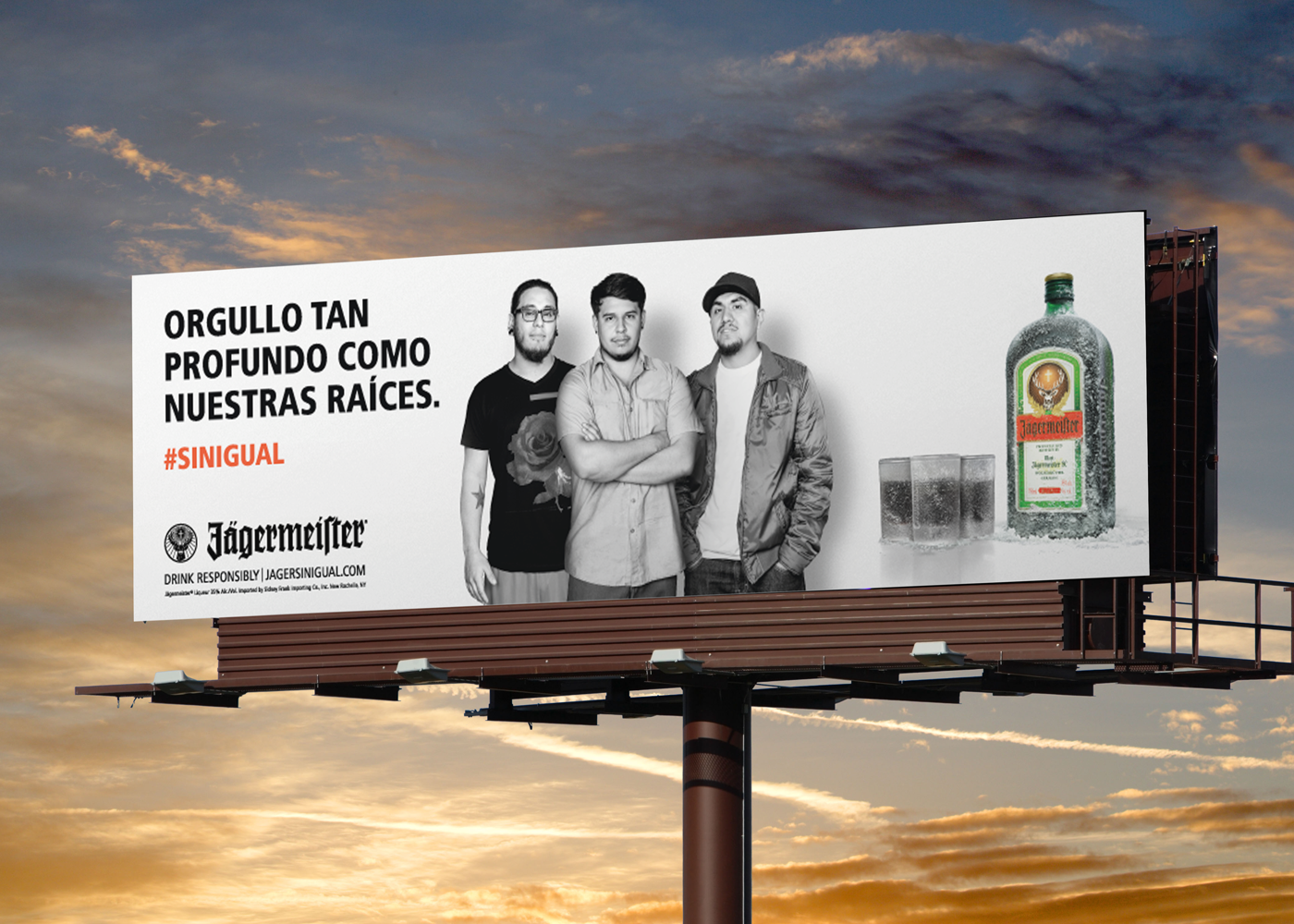 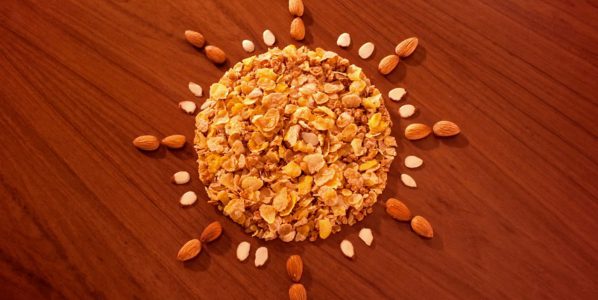